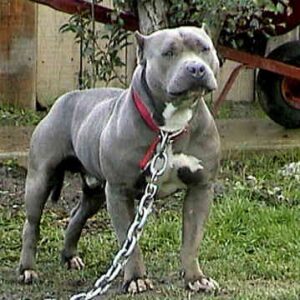 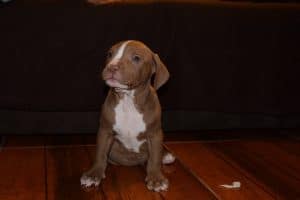 Carrie McKinney, a 22-year old San Diego mother lost custody of her 7-month old baby boy and possibly will face criminal charges for neglect. Carrie left her baby boy strapped in a carrier on the floor at her friend’s place in Riverside County with two dogs. The dogs, a 5-year old pit bull and an 8-month old pit bull mix both females, bit the boy in the groin area and ripped apart the baby’s testicles. The baby has been admitted at Loma Linda University Medical Center for medical and surgical care and is with Child Protective Services. The owner of the pit bulls has agreed to euthanize the dogs.

Our office wishes the baby a quick recovery and a healthy life ahead. It is never advisable to leave babies unattended and the risk increases dramatically when there are dogs, especially dangerous dogs like pit bulls, or other animals around. Parents must be very careful when leaving their babies unattended, which can lead to serious and fatal injuries to their loved ones.

Last Friday evening San Diego police warned University City residents of a dangerous pit bull on the loose. The pit bull attacked another dog at the University Gardens neighborhood park on Governor Dr. at around 5:30 p.m.

Just take one look at the website DogsBite.org and you will be bombarded with stories about Pit Bull, Rottweiler, and Wolf Hybrid attacks. Just recently, in Texas, two adults got their eyes ripped out by pit bulls in a vicious dog attack.

Many times these dog attacks can be pretty gruesome and one of the scary things is that these attacks happen just as often on both adults and children. The combination of the three breeds amount to

It is a myth that, in California, a dog owner is only responsible for his dog’s actions if the owner was negligent or irresponsible. In fact, California’s dog bite statute holds owners nearly “strictly liable”–meaning responsible even though they may have acted carefully–for their dog’s actions so long as the victim was legally allowed to be where the dog bite occurred (in other words, not a burglar, etc.).

Now, not all dogs of these breeds are dangerous. But Pit Bulls, Rottweilers, and Wolf Hybrids all have a higher propensity to be dangerous, which, when coupled with lax, weak, timid, or just irresponsible owners lead to the dogs losing control of their aggressive natures. Regardless, when a dog of any breed attacks, it is not man’s best friend and it is very savage in asserting its’ dominance over its’ victim.