If your loved one is in need of medical care, assisted living or memory care make sure to research all your options thoroughly before considering a hospital. San Diego has many thriving senior living options that can provide high level of medical care without needing to be hospitalized.

Senior citizens have a high likelihood of ending up in the hospital at some point, whether it is for a minor or major injury or illness, but the complications of such visits may extend beyond the merely physical. A Chicago-based study recently published results of 12 years of research that found hospital stays for adults over the age of 65 may result in a vastly increased rate of decline in cognitive and memory function.

According to a report by CBS News, the study, which followed 1,870 adults at least 65-years-old over the course of 12 years, found that those who were hospitalized at some point experienced double the decline in memory and cognition than they did prior to entering the hospital and compared to other subjects that were never hospitalized. The study involved researchers performing thinking and memory tests on subjects every three years and assigning scores based on their performance. Over the course of the study, 71 percent of the subjects were hospitalized at least once.

While scores decline as subjects grew older, decline rates quickly jumped after a hospital stay, with long-term memory declining three times faster and attention 1.5 times faster after the first hospital stay. The increased rate of decline was marked as similar to a person 10 years older. While the severity of injuries and treatment were taken into account in relation to cognitive function, only three percent ever entered a critical care unit. Researchers believe that those with mental problems may be more likely to be hospitalized in the first place, but also stated that cognitive function is the least considered factor in acute medical care, with hospital environments and care often worsening it.

Being injured or contracting an illness while in a hospital is a misfortune that can befall a person at any age, as medical errors can take many forms and result in many types of accidents. Before considering a hospital, ensure you have considered a skilled nursing facility that are here to help you throughout your journey to recovery. Whether it’s short-term or long-term rehab, around the clock licensed nursing care in a supportive environment is are available. 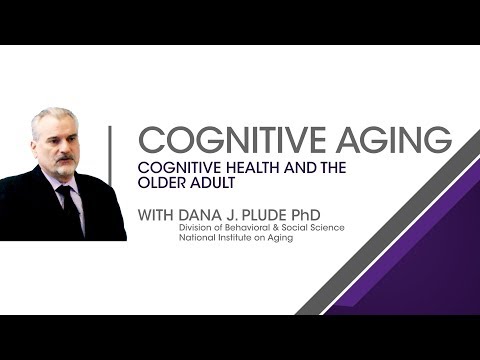 40-year-old Christopher Barton Tatro was killed in a tragic hit-and-run car collision that occurred on December 17, 2011, around 2 a.m. on 91 Freeway in Riverside. According to California Highway Patrol, Tatro was loading a disabled vehicle onto his flatbed truck on the side of the eastbound lanes of the freeway near Monroe Street when he was hit by a tan sedan, possibly a beige late-1990s Saturn.

The car veered from the number five lane into the left side of the tow truck and then struck Tatro. The collision threw Tatro about 60 feet into traffic lanes. He suffered massive injuries to his legs and torso.

Tatro was immediately transported to Riverside Community Hospital where he was later pronounced dead around 4:20 a.m.

From the available information, it appears that negligent and distracted driving of the sedan driver contributed to this serious multiple vehicle collision. If it is found that the sedan driver was driving inattentively, then he may be held liable for this accident. Also, this sedan driver has committed the felony of hit-and-run, which is a direct violation of California traffic law.

The victim’s family members should immediately seek counsel from an experienced Riverside County truck accident lawyer who would educate them about their legal rights. The victim’s family may file a wrongful death claim against the sedan driver to obtain compensation to cover funeral and burial costs, loss of anticipated earnings, loss of love, care and companionship, and other accident-related damages.
Our personal injury law office sends sincere condolences to the victim’s family and friends.

41-year-old Crystal Stevens, of Sun City, was struck in a tragic pedestrian accident that occurred on December 15, 2011, around 11:30 p.m. on McCall Road near Sherman Road in Menifee. According to the Riverside County Sheriff-Coroner’s department, Stevens was walking on McCall Road when she was struck by a car.

Stevens suffered life-threatening injuries and was immediately transported to Inland Valley Regional Medical Center for treatment, where she was pronounced dead a day later.

From the present information, it appears that the reckless driving and irresponsible actions of the motorist led to this serious car wreck that claimed one life. If the motorist is determined to have been at fault in this case, then he could be held responsible for pedestrian’s wrongful death.

Meanwhile, the victim’s family members should consult with an experienced Riverside County pedestrian accident lawyer who would help them obtain timely compensation to cover funeral and burial costs, loss of future earnings, loss of love, care and companionship, and other accident-related damages.

On November 4, the San Diego chapter of the Susan G. Komen Foundation held a “Race for the Cure” event to raise money for breast cancer research, advocacy, and support. The legal team at the Law Group, which has 9 staff members, created a race team of over 50 participates to join in the fight against breast cancer – and we’re taking our support past the race itself.

From now until December 4, 2012, the Law Group will match any donations to the Komen Foundation, up to $1,000 total. You can make donations directly.

Care at a specialized trauma center immediately after a serious accident may reduce the number or severity of permanent disabilities, according to a recent article in The Chicago Tribune.

Another study examined the long-term disability outcomes of patients who were treated in systems that coordinated emergency care, long-term care, and government services. The study found that when services worked together, patients were better able to get the care they needed when they needed it – whether that was emergency care or rehabilitation and therapy during the healing process. Patients who had better access to needed care were able to make more complete recoveries from their injuries, and some even suffered no long-term disabilities.

Accidents of all kinds can cause serious injuries, with many often resulting in permanent disabilities or even death. If you or someone you love has been injured in a car crash, on-the-job incident, or similar accident, the knowledgeable disability attorneys at Disability Help Group in Arizona can help. Contact us today for a free, confidential consultation.

44-year-old Brigitte Jasso was struck and killed in a severe pedestrian accident that occurred on January 26, 2012, around along the westbound lanes of Indio Boulevard. According to coroner’s officials, Jasso was first struck by a motorcyclist and then by a black Ford Taurus while crossing a major street in that city.

From the present facts, it is unclear as to how this pedestrian accident occurred. Was the motorcyclist distracted? Did the car driver see her?

Did anyone ignore traffic signals? These and several other questions remains unanswered as yet.

At this time, the victim’s family members should immediately seek counsel from an experienced Riverside County car and motorcycle accident lawyer who would educate them about their legal rights. If negligent operation by any of the motorist caused this car accident, then he may be legally required to compensate the victim’s family for the cost of treatment, and other related damages.

The victim’s family members may file a wrongful death claim against the at-fault motorist to obtain compensation to cover funeral and burial costs, loss of love, care and companionship, and other accident-related damages.

A woman was struck and injured in a severe pedestrian accident that took place on January 22, 2012, around 8:07 p.m. in Lake Elsinore. According to Riverside County sheriff’s officials, the pedestrian was crossing a major road when she got hit by a white sedan struck along the 32600 block of Mission Trail, about a half-mile north of Corydon Road.

Deputies found the woman lying in the street and immediately transported her to Inland Valley Medical Center for treatment. From the present facts, it is unclear as to how this pedestrian accident occurred. Was the motorist distracted? Or was he speeding?

At this time, the victim’s family members should immediately seek counsel from an experienced Riverside County car accident lawyer who would educate them about their legal rights. If negligent operation by the motorist caused this car accident, then he may be legally required to compensate the victim’s family for the cost of treatment, and other related damages.

Our personal injury law office hopes that the injuries suffered by the victim heal soon and do not prove serious.

Two women, ages 61 and 40, and a 3-year-old girl were struck while crossing a street on January 24, 2012, around 3 p.m. in San Marcos. According to sheriff’s Deputy Tammy Bennetts, the victims were struck by a 22-year-old woman turning her car from westbound Positive Place onto the southbound Tiger Way.

The injured victims were immediately transported to nearby hospitals for medical treatment. From the present facts, it is unclear as to how this serious car crash occurred. Was the car driver drunk? Or was she speeding?

At this time, the victims’ family members should immediately seek counsel from an experienced San Diego County pedestrian accident lawyer who would educate them about their legal rights. The car driver may be legally required to compensate the victims’ family for the cost of treatment, and other related damages.

Our San Diego personal injury law office hopes that the injuries suffered by all the victims heal soon and do not prove serious.

Every southern California injury attorney has seen injuries that resulted from recreational activities gone wrong. Southern California is one of the world’s most beloved tourist spots, featuring amusement parks, ocean getaways, and other natural sites – but certain activities carry an increased risk of injury.

Two recent accidents involving hot air balloon rides underscore the need to practice safety when enjoying recreational events. The first, according to a report from KESQ, involved a family taking a hot air balloon ride in Palm Desert, California. The balloon crash-landed near the end of the ride, shaking up those in the basket and causing minor injuries to several people, all of whom are expected to recover.